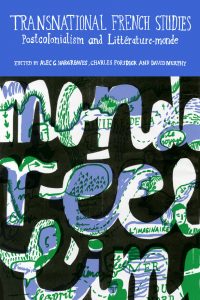 The 2007 manifesto in favour of a “Littérature-monde en français” has generated new debates in both “francophone” and “postcolonial” studies. Praised by some for breaking down the hierarchical division between “French” and “Francophone” literatures, the “Littérature-monde” manifesto has been criticized by others for recreating that division through an exoticizing vision that continues to privilege the publishing industry of the former colonial métropole. For those, such as readers of this journal, working at the intersection of “francophone” and “postcolonial” studies, the nomenclature, ambition and bravado of the manifesto make it impossible to ignore. Does the “Littérature-monde” declaration signal the advent of a new critical paradigm destined to render obsolescent those of “francophone” and/or “postcolonial” studies? Or is it simply a passing fad, a glitzy but ephemeral publicity stunt generated and promoted by writers and publishing executives from whom scholars and critics should maintain a sceptical distance? Despite – or perhaps because of – its polemical tone, might it serve as a catalyst for new thinking leading beyond current impasses in the theoretical and institutional practices of teaching and research on literatures of French expression? To what extent and in what ways may it be seen to contribute to “the ‘becoming-transnational’ of French Studies”?[1] Does it offer an all-embracing transnational vista leading beyond the confines of postcolonialism or reintroduce an incipient form of neocolonialism even while proclaiming the end of the centre/periphery divide? These are among the questions addressed by contributors to this first issue of the new format, annualized journal of the Society for Francophone Postcolonial Studies, now published by Liverpool University Press with a global distribution network. Drawing together scholars and topics from around the world, the volume aims to provide a state-of-the-art analysis—in a similar fashion to earlier special issues of Yale French Studies (1993 and 2003) and MLN (2003)—on the evolving status of French Studies as a transnational field of study.