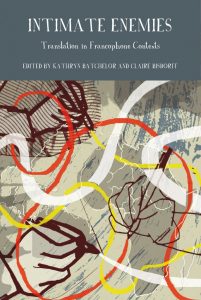 The concept of translation has become central to postcolonial theory in recent decades, offering as it does a useful metaphor or metonym for many of the processes explored within the framework of postcolonial studies. Translation proper, however, remains relatively underexplored and, in many postcolonial multilingual contexts, underexploited. Texts are often read in translation without much attention being paid to the inevitable differences that open up between an original and its translation(s), the figure of the translator remains shadowy, if not invisible, and the particular languages involved in translation in postcolonial societies often still reflect colonial power dynamics.

This volume draws together reflections by translators, authors and academics working across three broad geographical areas where the linguistic legacies of French colonial operations are long-lasting and complex, namely Africa, the Caribbean and the Indian Ocean. The perspectives that emerge move beyond traditional views of translation as loss or betrayal and towards a more positive outlook, highlighting the potential for translation to enrich the lives of readers, translators and authors alike, to counter some of the destructive effects of globalisation, and to promote linguistic diversity. In addition, translation is shown to be a most valuable tool in revealing the dynamics and pressures that are relevant to the political and economic contexts in which books are written, read and sold.