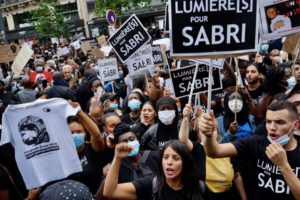 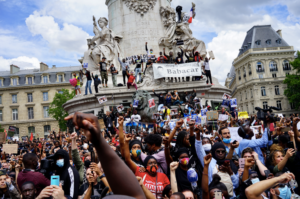 The Society for Francophone Postcolonial Studies (SFPS) is committed to equality, inclusion and racial justice. We support the fundamental, democratic right to protest and stand in solidarity with the Black Lives Matter movement. We condemn all forms of racism, whether overt, insidious or structural, and we encourage our members to do the same. We mourn the black lives that have been cut short by police brutality, including George Floyd and Breonna Taylor (in the US), Sheku Bayoh and Christopher Alder (in the UK), Amadou Koume and Adama Traoré (in France), and countless others in these countries and across the globe. We extend our sympathy to the families, friends, and communities affected.

Racism and anti-black brutality are not recent problems. They do not solely occur ‘elsewhere’. Nor can they be dismissed as exceptional or one-off aberrations.  Recent protests, in the US, the UK, France and elsewhere, have shone a light on the widespread nature of police brutality and have reopened an urgent debate about systemic anti-black racism, its forms, causes and consequences – including the disproportionate impact that Covid-19 has had upon black and other minority ethnic groups.

SFPS is committed to racial equality and racial justice. We recognise that it is almost impossible to approach the problem of racism without learning about the histories of colonial empire and slavery from which it flows, and without engaging with their modern-day, post-colonial legacies. In aligning the Society’s academic aims with our support of Black Lives Matter, SFPS seeks to raise awareness of non-Anglophone histories of slavery, colonial empire and racism, and to foreground the complex, multi-lingual and transnational dimensions of contemporary anti-racism movements.

SFPS – and ASCALF, the organisation from which it emerged – was established to study the importance of Francophone postcolonial voices, histories and cultures in pedagogy and practice. We seek to draw attention to the contribution these can make in the ongoing fight against racism and social injustice. As an organisation, we are committed to serving as a bridge between debates and struggles in Francophone and Anglophone worlds. SFPS acknowledges that the anti-racist and decolonial approaches it has always sought to encourage are now more urgent than ever.

We recognise that there are no easy solutions to the entrenched problems of racism and racialised injustice that the Black Lives Matter protests highlight. While a commitment to anti-racism has always been at the heart of what SFPS does and what it stands for, we recognise that we need to make that commitment more explicit.

SFPS pledge to engage with our members and broader audiences, to ensure that our activities work to combat all forms and practices of racism, to be actively anti-racist, and to do everything we can to bring about positive change.

So, what are we doing?

Ensure greater representation of students and colleagues of colour in our membership, governance, events and publications.

Working in partnership with relevant campaigning and subject associations, compile and curate on our website an online, open access ‘library’ of French-language, anti-racist resources, reading lists, teaching and outreach materials, association links and videos – and promote these to wide, academic and non-academic, audiences.

Be vocal in our support of anti-racist, diversity and inclusion debates in academia: including, the representation of students and colleagues of colour; the diversity of school and university curricula; addressing the attainment gap.

Encourage our black members, both colleagues and students, to express the challenges that they face without judgement or fear of repercussion.

Encourage our membership to support greater understanding and awareness of racist and/or discriminatory practice; to create a culture of challenging those behaviours; and to campaign against racism in all its forms.

Encourage members to get in touch with further suggestions and feedback.

SFPS is an international organisation which promotes, facilitates and otherwise supports the work of all scholars and researchers working in colonial/postcolonial studies in the French-speaking world.